It is an insane climb out of the NOC, by the way!

Here is a picture of the profile from Guthooks App.

On a clear day, there are some amazing views, but it was getting cloudy and foggy when I went through.

These are all from The Jump-Up. 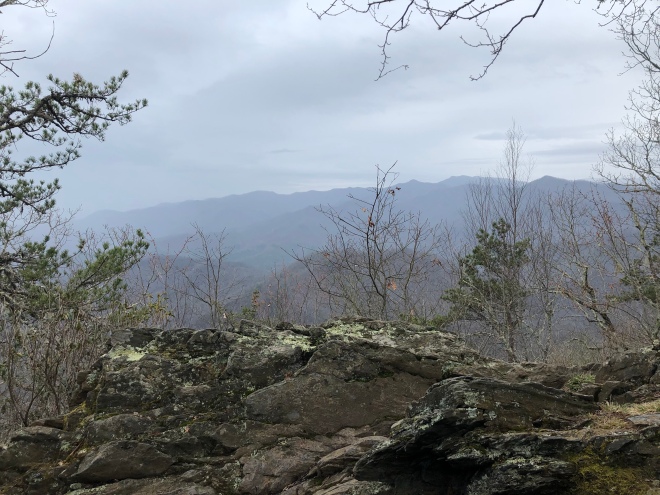 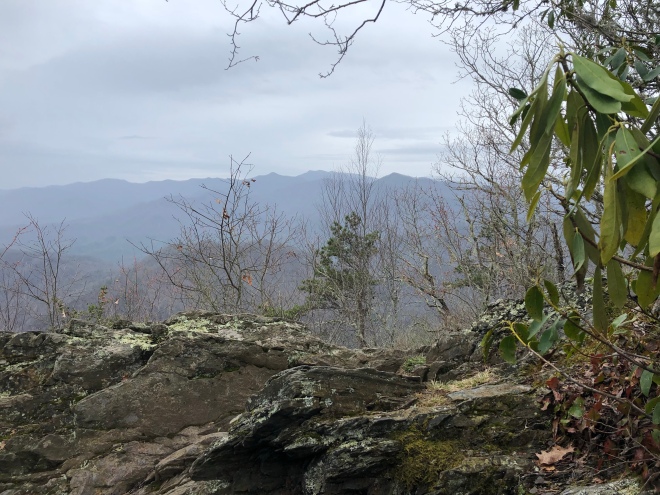 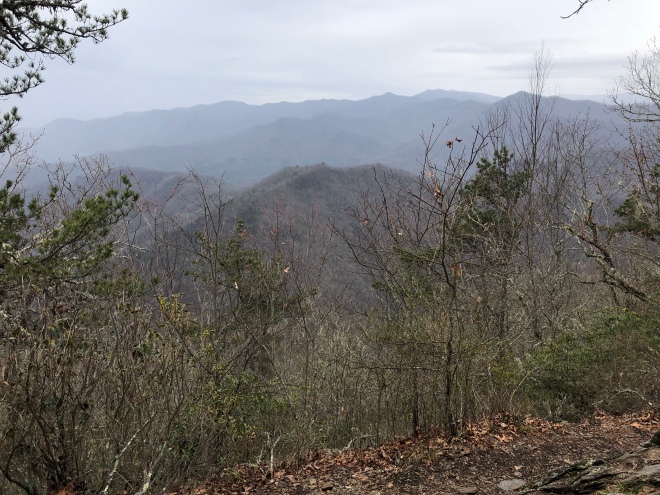 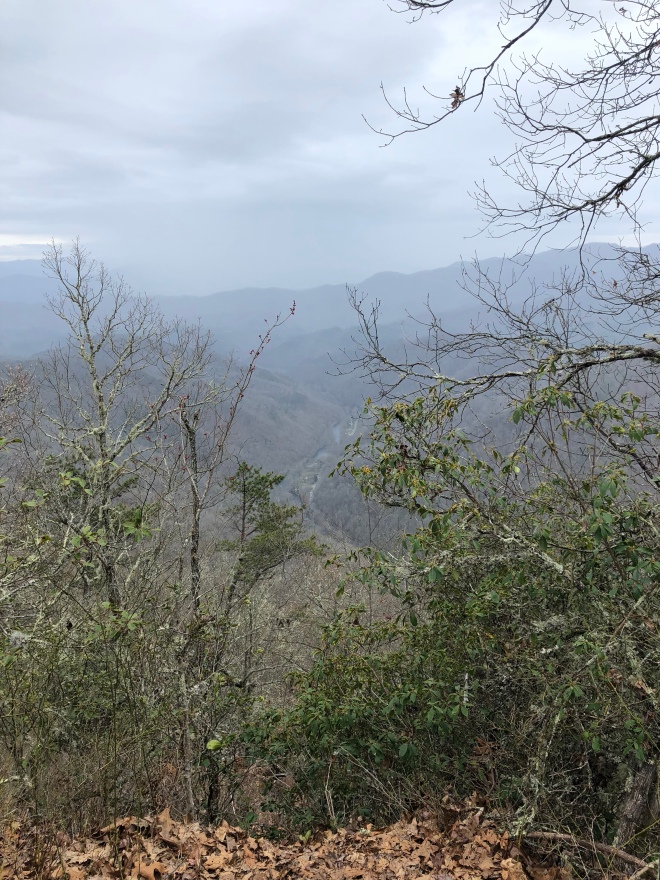 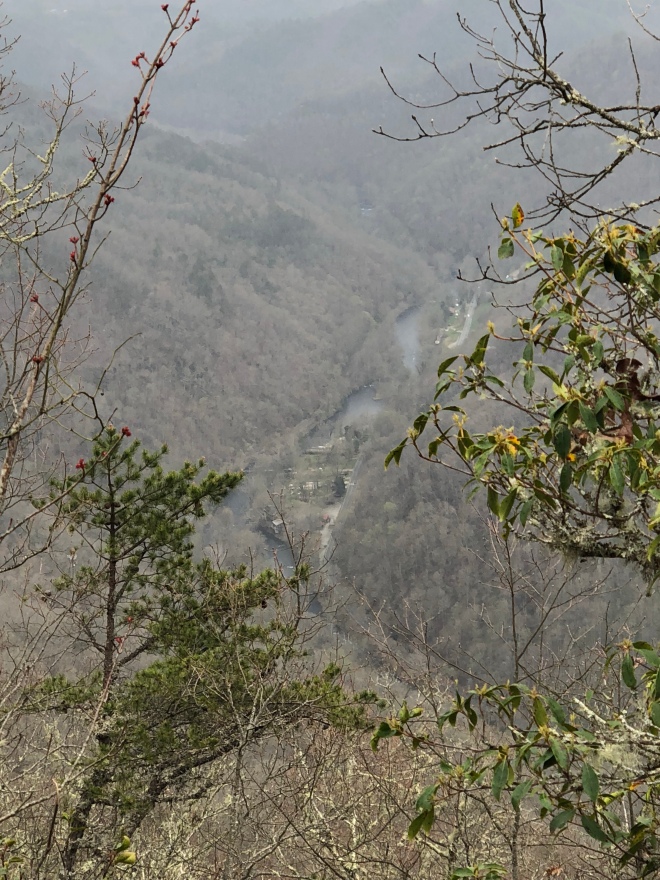 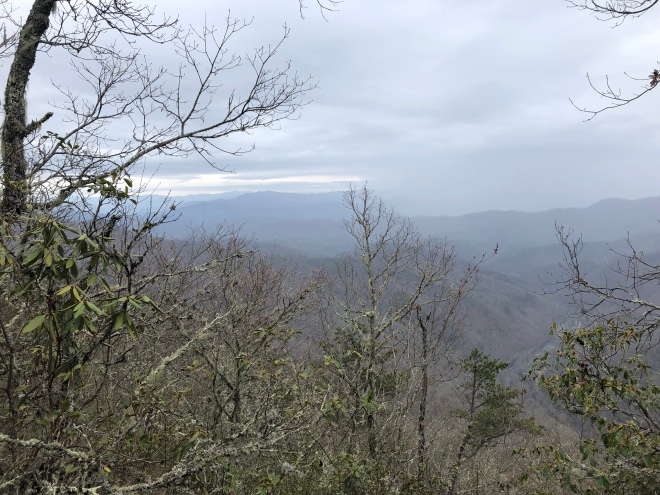 Nooner and I finally made it to Sassafras Gap Shelter where we were able to recover his tent! Yay!

No one at the shelter owned up to being Sticks/Twigs, however, which really got under Nooner’s skin.

So, instead of staying at the shelter, Nooner needed to press on to get away from those people… so I went with him.

I would have preferred staying there because I was tired, but I wanted to show Nooner I was there for him.

I made it about another 1.2 miles uphill and knew that had to be it for me. Plus, I heard after Cheoah Bald, the stealth campsites are sparse and it was getting dark.

I was extremely disappointed when Nooner said that he was going to continue hiking. I understood why he needed to – to put space between himself and the thieves because it was wearing on him mentally, but I think I had expected more of him. It definitely hurt my feelings that he was wanted to keep hiking even though it meant leaving me.

I am really mad that there are people on the trail who are bad people and do things like steal which make my hiking partner uncomfortable and leave me. On the other hand, I’m upset that Nooner would just peace out on me the way he did. However, I know I can’t blame only the thieves for Nooner leaving because he had just as much a choice to allow it to affect him.

That night, I sent him a text saying I hoped he made it to a good campsite, and he texted back saying he wished he would have stayed… I’m not sure how I feel about that now because I do wish he would’ve stayed too, but he made that choice… 🤷🏼‍♀️

Thanks for joining me on Expedition Elizabeth!